Press/Gallery: ‘The Whale’ Review: Brendan Fraser And Sadie Sink Are A Heartbreaking Duo In Darren Aronofsky’s Best Film Since ‘The Wrestler’

This weekend Sadie traveled to Venice Film Festival to promote her movie, The Whale. Today, she attended the photocall and premiere for the movie and I have added hundreds of pictures to the gallery. Enjoy! 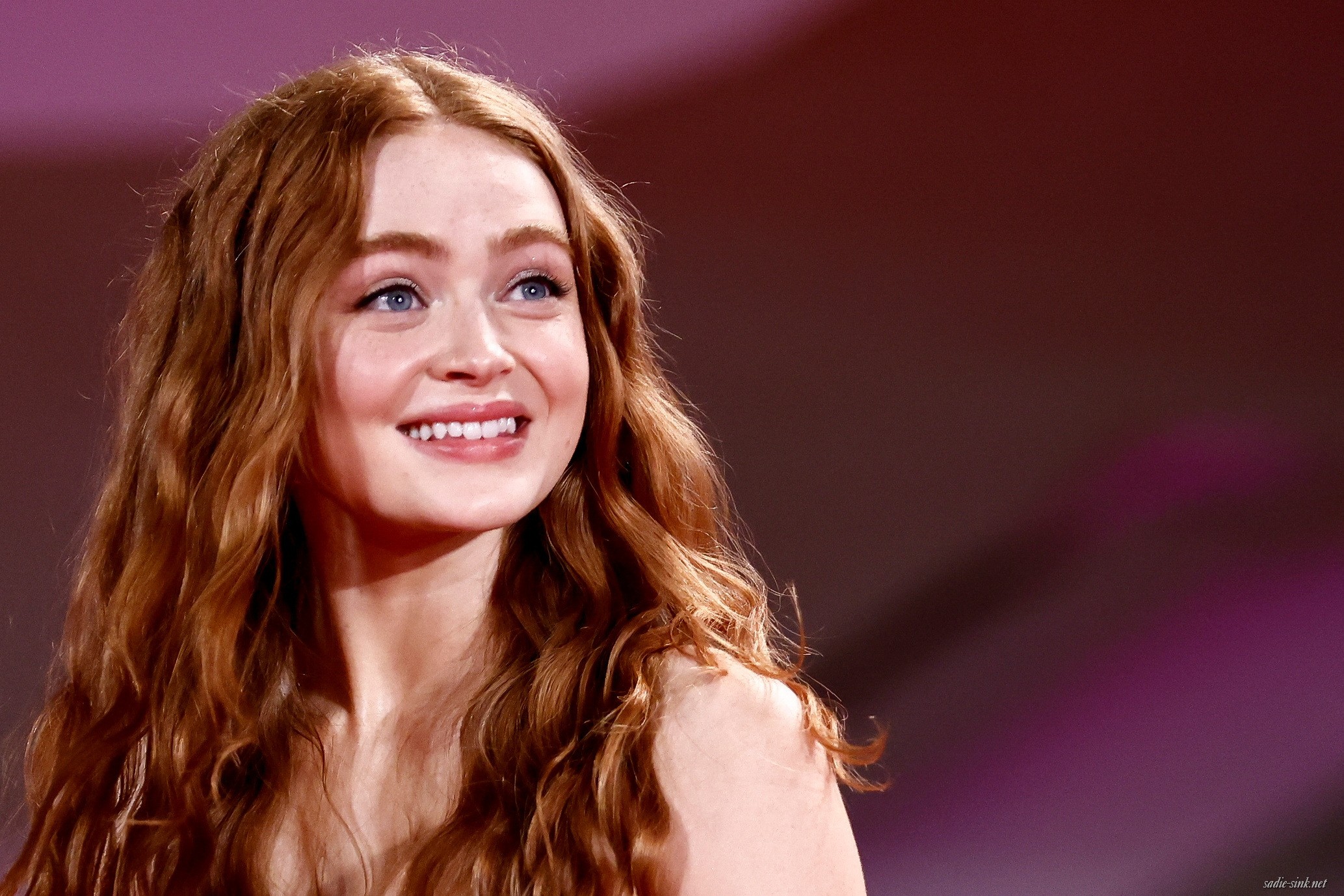 Darren Aronofsky loves reclaiming the broken, the damaged, the forgotten. Take his magnum opus, 2008’s “The Wrestler,” the story of an aging WWE entertainer who gives it all for one more shot at glory. While 2005’s “Sin City” had already brought star Mickey Rourke back into the Hollywood fold, here his return was concreted, completed, the talk of the town, and etched onto shining plaques. The same was true, to a lesser degree, of Natalie Portman in “Black Swan,” and even Russell Crowe in “Noah.”

Enter Brendan Fraser in “The Whale,” with a performance that will be broadly acclaimed as transformative — more an observation, really, than a measure of praise, for all of the accolades are duly deserved. Despite arriving when nearly everyone on Twitter is firmly on board for the Brendanaissance, here’s a movie predisposed to conjure a whirlpool of a bad faith discourse: it will be called cruel, it will be called exploitative, it will be decried as vituperative. But to evoke any of these adjectives would be to critically miss the point. Sure, “The Whale” is conventionally shot, a chamber piece as dryly theatrical as 2016’s “Fences,” and so very hit-and-miss with its technical vocabulary as to find itself open to a swiss-cheese of attack points. But what it boasts in abundance — in this riveting study of a deeply broken man, suffocated by nine years of self-immolation — is a rare and deep compassion, elevated by Fraser’s starring turn.

Charlie (Fraser), a morbidly obese English teacher, lives alone in an Idaho apartment. Mostly immobile, and reliant on friend and hardy hospital nurse Liz (Hong Chau, achingly credible) for his basic daily needs, his time is running out: for starters, his blood pressure is through the roof, and he would have died of a heart attack in the film’s opening five minutes if not for the fortunate intervention of door-to-door New Life cult missionary Thomas (Ty Simpkins, a discount Paul Dano). To everyone’s chagrin, the latter takes that as a sign of cosmic divination: God clearly wanted him there to save this pathetic, broken man, and he circles Charlie’s apartment like a bible-bashing vulture for the remainder of the picture, desperate for purpose like a bashed puppy chasing cars. Be it the desire of the almighty or not, Charlie doesn’t want a savior: whether he’s offering himself as a moral sacrifice or he simply wants his terrible pain to end, he resigns himself to death.

Inviting he may be of his inevitable end, but Charle’s not without unfinished business. Enter our third major player, Sadie Sink’s Ellie — Charlie’s sixteen-year-old daughter, abandoned nine years prior in the name of his love for another man, who has been rendered capricious and aimless in the wake of his abandonment. Charlie invites her to the apartment for the first time in the near-decade since they last saw each other, and she’s acidic and callous, bombarding her father with barbs like they’re going out of fashion. This is how pain manifests: thousands of punches lying in waiting for so many days and months, and Charlie offers himself as a punching bag. The overarching, awful tone of “The Whale” shares as much DNA with Kenneth Lonergan’s “Manchester by the Sea” as anything else, in its depiction of an endless web of trauma and regret, blame coursing under old, festering scabs aching to be ripped open, right up until they are.

Indeed, the presiding essence of “The Whale” is that of abject misery, be it in physiological self-torture or emotions that are impossible to reconcile, because the wounds of the past are the most difficult to scrub. Though we almost never leave Charlie’s tiny apartment — venturing briefly to the front porch and an idyllic beachfront — it becomes a nexus of painful histories. Charlie’s greatest sadness is the loss of his boyfriend, who died of suicide some years prior after being polluted by the Jonestownian garbage of New Life cultism. The apartment is a mess of pizza boxes, hoarded trinkets, and endless piles of essays, but one room escapes the jumble: his boyfriend’s bedroom remains as pristine as the day he left it, hidden behind a locked door and rarely explored. Ellie is as icy as they come, barely softening to her dad — who promises her $120,000 if she’ll agree to spend time with him — but if she does soften, it’s after finding this tomb and studying a photo of happier times.

If all of this sounds distinctly un-Aronofsky, that’s because it is. You’ll find little of his usual flair for the unconventional here. The theatrical sensibilities of Samuel D. Hunter’s original play are very much intact, from the plain shot design to the script’s conveyor belt of monologues, characters entering and leaving the space as if from the wings. Here’s a love-it-or-hate-it conundrum like nobody’s business: the dialogue is incredibly stagey, the performances across the ensemble performed to the back rafters. On the one hand, Charlie benefits from the cathartic welly Fraser gives him, but it’s the subtler moments — the stuff that’ll never make the inevitable Oscars montage — that imbue his performance with such important credibility. Scenes that play with sickly exploitation, as when Charlie pathetically begs Liz for a bucket of chicken, work because Fraser makes them work, be it through the self-aware glisten in his eyes or the quiet tremble in his voice.

That it’s all played with such heightened emotion, backed by a soundtrack of strings factory-made to wring out catharsis, does lend an air of duplicity. The reports of a weeping auditorium in the wake of Venice’s press screening should be believed, but whether or not such a reaction is warranted will be the cause of fiery debate. The climax is marred by an over-egged score, yes, but my god, how often has Hollywood so authentically captured the bone-deep trauma of parental abandonment?

Atypical of Aronofsky, too, is the note of hope on which “The Whale” ends. In Charlie, we find a full-bodied character study, a man consumed by manifold grief and regret, so desperate to be forgiven and liberated; in Ellie, a daughter who wants nothing more than her daddy, to be loved and to be the liberator. So when Charlie desperately mutters pathetic apologies, when he celebrates her as “special” and “amazing” despite her demonstrable monstrosity, it’s akin to falling on his own sword: all he has left is to ensure she doesn’t take on the complicated selfishness that proved so ruinous — to perform one last, redemptive act of sacrifice. “All human beings have the capacity to care,” he tells her, and that’s what “The Whale,” fundamentally, is about. Regardless of who we are, how we present, and the terrible things we’ve done, we find ourselves united by that most basic human instinct: the need to love — and be loved. [A-] 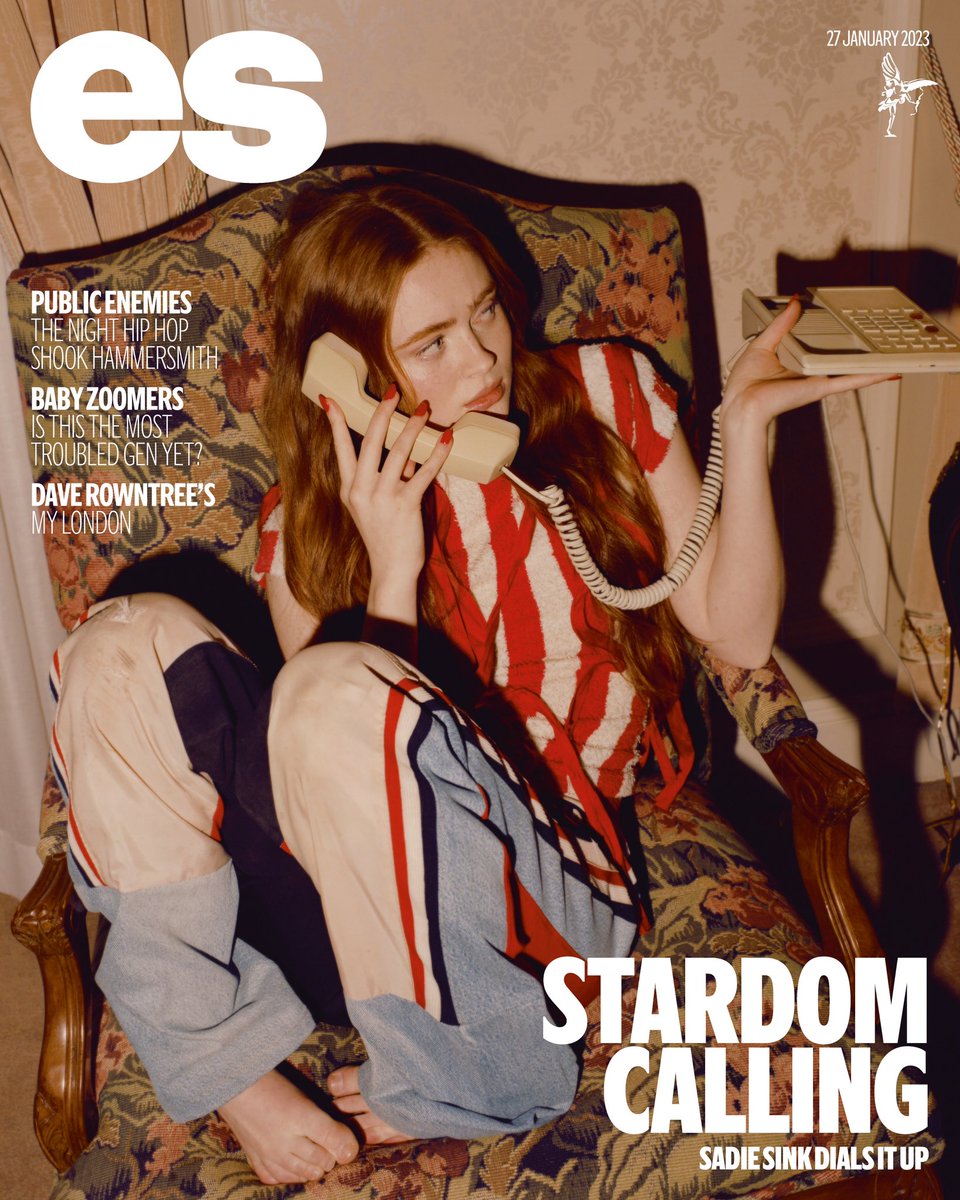